Today I will post an observation about black and white images. This was inspired by my short post on a film thread I follow on Fredmiranda . This is what I said:

“Observation and not intended to derail this thread: The more I shoot black and white film, the more unnatural and dissatisfying it is to see B&W out of a digital sensor, even the m monochrome. Traditional emulsion has a look, a texture, a feel, a depth that is so much more gratifying to the eyes than the fake stuff. Maybe my eyes are being “retrained” to see things different. Maybe….maybe I need to continue to shoot film. ”

This posting was in response to viewing images from the Leica M Monochrome (a true black and white digital sensor and a camera costing many thousands of dollars. caveat, I own 3 film Leica bodies so not a leica basher nor fanboy). The images are HERE. Now I ran across this link due to the author out of enthusiasm posting the link on Fredmiranda. Fantastic! I would be thrilled too. However, the images to me are severely lacking in life. I will try to expand on this and maybe try to show some examples though I am sure will fall short.

Digital sensors are linear and do not like highlights. Once a threshold is hit, everything goes pure white. Film has a “shoulder” where highlights tend to roll off and extend for a long ways. For those with an audio background, think clipping. Digital input clips at 0db where you could get some natural compression and go over 0db with tape. Principles are similar. So the look is completely different. In addition, film has character, texture (due to grain) and depth (light is captured at differing depths within an emulsion). I can’t really explain it other than once your eyes get adjusted to the differences, it is stark. I will now post some images shot on digital and converted to black and white to SIMULATE film and then some actual film images. Hopefully you will see what I see.

First the digital. This was from a wedding I shot this past spring. I tried very hard to emulate film, using a “Tri X 400” plugin and adding grain digitally for texture. 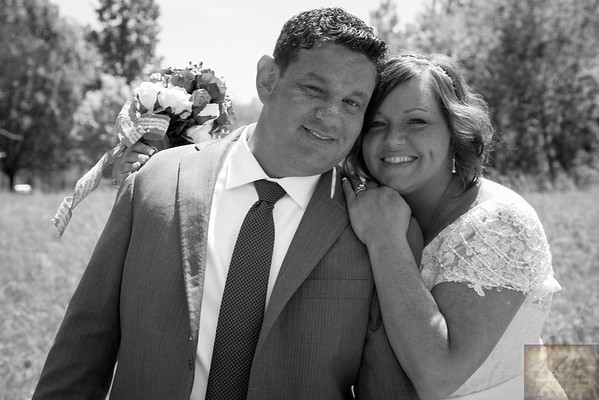 Here is from a couple weeks ago of my wife shot with some kentmere 400.

a film landscape from 2 weeks ago

and a more apples to apples (though different camera/lens), from my first roll of Tri X 4 or 5 years ago (my sister, niece and nephew)

Do you see the difference? I know these are small examples. Viewed large and especially viewed optically printed, traditional black and white is a completely different experience. Next time your in the antique store, look at some of the old photographs you come across. Hold it in your hands, appreciate this art that has slid to the backburner of society and appreciate the difference between film and 0’s and 1’s (digital). Film actually captures light and awaits to be chemically released creating a physical image. A completely different process.